5 states of mind: A brief overview 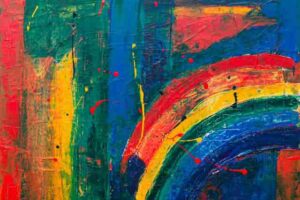 In Sanskrit and Pali languages, the term used for an individual’s consciousness is ‘Chitta’. Here I must say that, the ‘Absolute Consciousness’ is different than what we perceive as consciousness. Although every living being is surely alive and active, yet how they perceive different situations going all around them vastly depends upon various aspects and that perception is called ‘Chitta’. That perception vastly differs from person to person, as we know that two individuals never hold an identical opinion about any single subject.

The perception is directly influenced through the lifestyle and the surroundings of an individual. With different sets of combinations, comes along a different set of perspective. On the other hand, a chitta or an individual consciousness, when gets free from all types of impurities and impressions lying in itself, eventually starts to reflect the Absolute Consciousness.

These are : Rajas, Tamas and Sattva. In this article we shall categorize the 5 types in Chitta in the context of 3 Gunas as well as the characteristics belong to them.

Chitta can be categorized in many ways. In the Samkhya and Yoga philosophies, we learn about the 3 prominent qualities of the existence called ‘Gunas’. Over here, we will categorize the 5 types of Chitta through the means of their respective Gunas.

Click here and read my column for brief perspective about the Three Gunas:

Chitta acts as a dam between the acting consciousness of an individual and the Ocean of Absolute Consciousness. Click to Tweet 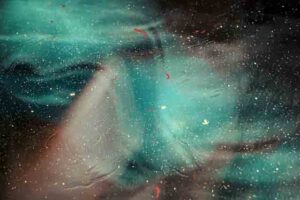 1- Kshipta [State of Distraction ] – It can be considered as the lowest yet the most common state of mind. Person in this state of mind use to live in extremities. One always feels restlessness and due to this an individual suffers with issues such as anxiety, confusion, unable to relate with the outside world.  The mind lacks the needed cognitive abilities which eventually reflect in the poor decision making skills of an individual. This Guna is governed by Rajas element of the nature.

2- Mudha [State of Dullness]- A person always feels laziness, delusion, fear and dullness. Most among us interchange our mental states between the Kshipta and Mudha states of mind throughout our lives. This state of mind is governed by the Tamas guna.

3- Bikshipta [ Partially concentrated ] – In this state of mind, a person slowly starts to distinguish between materialism and spirituality. Yet one feels unable to focus on the spirituality in a constant manner, as one finds himself in a state of flux. At certain times, an individual wishes to pursue the course of awareness while at other times one wishes to crave for the fulfillment of human desires. The sense of spirituality is the result of Sattva Guna, while at the other times when one feels disoriented through materialism, deception and desire; are lead by the Rajas and Tamas Gunas.

4- Ekagra (One Pointed)- In this state of mind, a person starts to show symptoms such as better focus, heightened awareness, active intuition and a feeble ego. The mind can witness the power of concentration. After being able to focus on any single point, a person can easily sense the detachment towards the worldly affairs. This state of mind is the result of dominance of Sattva Guna as the other two Gunas are close to alignment in this state.

5-  Niruddha- In this state of mind, an individual reaches greater heights which go beyond the Three Gunas. The higher state of Samadhi, also known as ‘Kaivalya’ happens here. One feels liberated from the impressions of all the past karma. Hence, opens up to a new dimension where one finds absolute control over his own mind and much more, as all the three Gunas also comes in perfect alignment.