How do we define that something is right or morally correct?

If we have been asked about the definition of any thought or an action, which can be considered as right in the context of morality, I am quite sure that none would come up with a substantial definition for it. Although morality, can be seen as a transparent quality similar to the clean drinking water; yet at most of the times it turns out to be highly subjective and its definition always changes while depending upon the surroundings; much similar to the muddy waters of a mountainous river.

There are different types of acting forces behind a single type of action.

It is quite usual for all of us that at several moments in our lives, we find ourselves in confusing situations. At these times, we find ourselves in front of multiple choices and it often feels tricky to go along with a single option as a final decision. Now the tricky part is that instead of going with the decision which seems to be most morally correct; we usually move ahead with the decision which holds the potential to provide us the most amount of benefit. Now, we all know about morality based decisions, but lesser has been known to us about these benefit oriented decisions. So, let’s have a look at these.

To put it straight, unlike the morality based decisions, the benefit oriented decisions usually are driven by a certain kind of greed. We can also say that the greed is the driving force of these actions. That acts, as the only reason that the seemingly identical looking life of the masses, changes its form after facing the plurality within the motives. Now we all know that not people hold similar motives while performing a similar kind of an action and that is the reason we usually say that no two individuals are identical. A perfect example would be of different students getting identical education in their childhood; yet growing old as a different person than one another.

Anyways, whatever the kind of reasons we usually carry while performing any of our actions; one thing is quite evident that we always feel great amount of content, after performing any or at least most of our actions.  It happens because the doer deeply feels that he would be benefitted the most, by doing a certain type of action.

This sense of getting benefitted by an action is quite deep rooted within our minds. Thus the doer also takes great privilege in providing justifications to prove, that whatever he has done was the only possible solution or choice at the time of performing that action.

But, is that all? Is our feeling reasonably right towards our own actions actually proves the point that our actions are right in majority of the ways? One might believe in such an absurd notion but over here, I am completely against this idea. 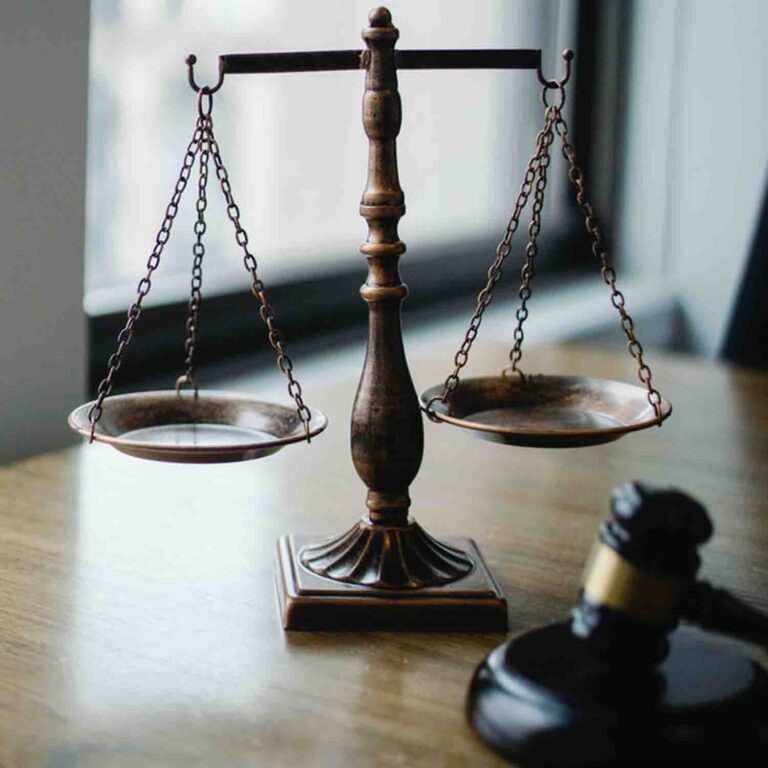 The complications with subjective decisions.

The problem with such an idea related to subjectivity, is quite easy to understand. You see, it is quite obvious for a doer to take great pride towards his own actions, simply because unknowingly he knows the fact that he will gain some sort of benefits after doing that action. Unfortunately, that is also the first step being taken towards the abyss of immorality; where our sense of morality starts to get compromised in a slow but steady manner.

You can see that it is only because of this sense of pride; the doer goes on with providing justifications towards many of his most of the evil some actions. These justifications further degenerate our psyche by feeding our ego with all the negative emotions such as, hatred towards others and annihilating our sense of compassion towards our self and other people.

Now, all of it might sound quite complicated. Thus, for the sake of understanding, I am going to elaborate it further in simple words.

As I have mentioned above that several of our actions always start with a predetermined emotion and it is only at this point, several things start to get a little tricky. A perfect example of this would be a mother’s affection towards her own child. We all know that a mother’s every single action towards her child is always motivated with the love, she use to carry within her for her child.

Never ever have I listened about any mother, present around the world, who wouldn’t have showed any kind of prejudice while loving her own children? Such is the intensity of it that it is obvious to say that a mother’s affection is the purest emotion among all. Thus it is also safe to assume that a mother’s love is so full of purity that it might feel illogical to comprehend over the actions which always are motivated by her love towards her child. If you are still not getting the point then consider this fact that the same mother would not show the similar level of affection to the children, present within her neighborhood.

Thus we can safely say that it becomes tricky to judge an action when it starts with an emotion, which is unidirectional or is working in a single direction. That is the reason that a mother won’t ever find the same affection within her for the other children, present within her vicinity. As a matter of fact, this is the perfect reason which acts as the limiting factor of the subjective emotions.

Now, I hope that you understand this fact now that when any of our action starts with an emotion; it usually ends up being as a subjective one. It doesn’t mean though that any of such actions become immoral or wrong; however it is a fact that at this point the foundation of the complication being laid by such actions.

You can easily comprehend over this fact that any kind of action which might feel correct to some of the population might be rejected by the remainder of the population. That is the major problem with every single action, which is fueled by a human emotion or is a subjective action.

Our every action related to love, compassion, hatred, animosity, envy etc. always is fueled by an emotion. If you still didn’t get the point then ask yourself this question.

Why would you feel any kind of responsibility towards your parents/ wards/ spouse?

It might feel absurd for an individual to admit the fact that we are always busy in our lives while looking for gratification. In simple terms, we are always looking for a kind of treatment from others; where our mind would feel calm and happiness from within.

However, our mind loses its control over this process. Thus, we become a machine which is always busy in exchanging emotions or performing actions which are initiated with emotions. That is where it needs to be realized by an individual that we are mostly not aware of what we are doing. Instead, our minds are always driven by our own desires. But you might still ask that me that what’s the catch behind this statement? 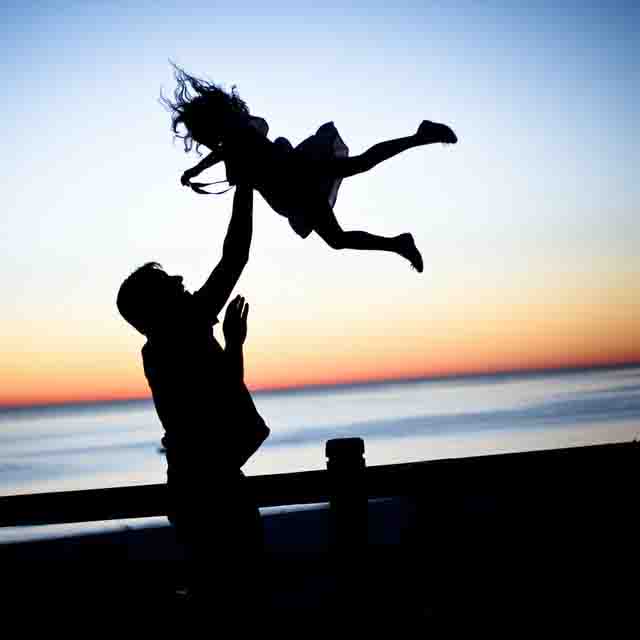 Morality has nothing to do with compassion yet it is somewhat based upon the idea of acting in a non-harmful manner towards others, period. However, as we progress ahead with this topic, we usually find out that the focus shifts from ‘being non harmful’ to ‘being right’ and that is where things move towards being subjective.

Now, we have already discussed about the fact that we always are occupied with performing such actions which are induced by emotions. Thus, it is bound to happen that different people holds differences in the definition of ‘what’s being right’. The simple reason behind this fact is that not two people hold the same kind of priorities in life.

The idea people usually carry with themselves regarding morality is that the people around the world must stand in consensus regarding what’s moral or what’s immoral. We can consider this thought as ‘unity within the idea of morality’. Yet, this unity is barely achieved within the masses.

Compassion and Morality. The perfect definition.

The answer to this question is quite simple. We would achieve a sense of everlasting morality which would be free from any kinds of contaminations from what we call as our own priorities. The perfect example of this would be a mother loving her own children as well as the every single child in her neighborhood in an equal manner.

Our mind would no longer cling to any kind of conditions regarding the subjective idea of holding our own well being at any cost. We would start to act in a selfless manner and the definition of a family would drastically change as it would cover the whole population around the world. 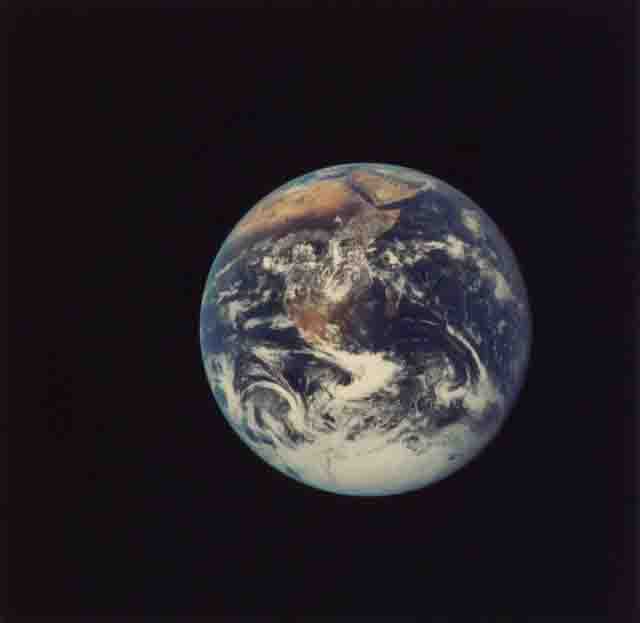 That is according to me is the idea of absolute morality where it manifests itself into the behavior of people, when all of us would start to live a life in a much selfless manner. Thus making it possible to believe that there surely is a definition of morality and there are certainly several ways through which we can define what actually is ‘right’.