What is the meaning behind OM and how to meditate upon it.

Every single word used among numerous languages, serves a particular meaning. Among these words, standsout a syllable, whose meaning cannot be explained, as it signifies the idea of Origin, Present and the End in itself. Such a vast meaning OM beholds.

Before we meditate upon this word we need to look upon few points which can exponentially increase its benefits, whenever we invoke it through our meditation. However, do not get overwhelmed by the words such as mentioned in the scriptures etc., instead try to contemplate with a logical perspective so that one can efficiently evade the intellectual process going in the mind.

According to the 'Mandukya Upanishad', "OM is the one eternal syllable of which all that exists is but the development. The past, the present, and the future are all included in this one sound, and all that exists beyond the three forms of time is also implied in it". 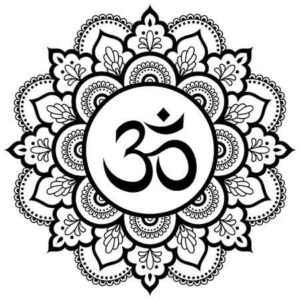 The simplicity behind this syllable lies in the fact that unlike any other word which holds a single meaning with itself, OM holds no particular meaning like any other words, yet the syllable easily holds the essence of whole Nature in it.

In the words of Swami Vivekananda, In the universe, Brahmâ or Hiranyagarbha or the cosmic Mahat first manifested himself as name, and then as form, i.e. as this universe. All this expressed sensible universe is the form, behind which stands the eternal inexpressible Sphota, the manifester as Logos or Word.  all articulate sounds are produced in the space within the mouth beginning with the root of the tongue and ending in the lips — the throat sound is A, and M is the last lip sound, and the U exactly represents the rolling forward of the impulse which begins at the root of the tongue till it ends in the lips. If properly pronounced, this Om will represent the whole phenomenon of sound-production, and no other word can do this; and this, therefore, is the fittest symbol of the Sphota, which is the real meaning of the Om.

Read my column : How Everything came into Existence? for a brief perspective.

As we know it by now, that its oration starts its journey at the absolute origin point of our vocal system with the first letter A and ends at the absolute last point, i.e. the lips with the last letter M. No other letters can be produced prior to A or after M. This is how it signifies the Origin and the End. The middle letter, i.e. U cruises through all the remaining vocal system symbolizing the ongoing present. In simple words, OM is the complete phenomenon of the sound production.

The second point I want to discuss about is that everything or every living being is made up of a common fundamental unit called matter. However, if we further go through the structure of these sub-atomic particles, we find that every single particle is in a constant state of flux. Similar to us, every particle has a limited life after which it transfers its energy and changes the form. Unlike us we don’t find any brain or any nervous system in these particles. A question arises that what makes these particles to move through in a particular fashion with a particular kind of energy? Why it has to hold that particular type of energy for that particular amount of time? No matter how many theories we come up with, we are bound to believe that a common idea is acting inside every fundamental unit and force, present in the known and the unknown universe. We only need to accept the presence of that idea which is working behind every single thing present in the universe. It is not needed to name it with a term. It’s been called Brahman, Purusha, Hiranyagarbha, Sphota and with many more names and OM is the symbol to these terms.

However, it is not recommended to cling upon the nouns or names. It is the work of brain or intellect, as it always tries to figure out things. Let it take some rest! Feel through the depths of mind. Invoke the might of OM or AUM. Start a humming sound in the root of your throat, keep that sound alive in the vocal system and end it upon your lips. Meditate upon that idea, which is known by many names yet it signifies ‘The idea of true existence’.

1 thought on “What is the meaning behind OM and how to meditate with it?”