Mostly everyone turn towards a spiritual medium in the hope to escape the pain and suffering which one is going through in his life. It also might sound unusual, but is quiet common to find out that many deeply spiritual people also go through the suffering of similar nature. In fact, I can safely assure you that many among these spiritually developed people go through even more suffering than their ‘materialists’ counter parts. These spiritual people are often capable of scrutinizing the minute details of life and reality, but often would fail while competing in the race we call as ‘life’. Unfortunately that is the point from where there suffering starts.

Be it on the terms of how or a why, those who choose to question their nature of suffering always find themselves amidst the volatile tides of sadness and ecstasy. Click to Tweet 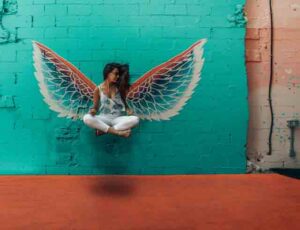 Suffering always starts with an idea of discontent.

However, there should be a sense of balance between the thoughts related to discontent and the amount of work done in the direction of finding a reasonable answer to that question; without which the questions has no meaning to it.

If a person is always surrounded by the thoughts which are only related to discontent, then a question loses its essence and turns into a feeble complaint. Unfortunately, it is also a common issue found among several spiritually developed people. Many among them often waste their energies while complaining about useless issues.

It is evident that complaints cannot bring a change to a situation; instead if someone is totally unable to bring a change to that situation, it is much better to leave the things behind. Unfortunately, spiritually developed people are often able to witness the shortcomings going through in their surroundings; however it is only their weak control over their own mind and the thoughts, which eventually brings great pain to them. I am not stating that one must hold back the kind of thoughts he is having in his mind. Instead, it is only about a certain type of negative fixation which some people develop in the process of spiritual ascension.

One must try to feel more acceptable towards the surroundings as well as his own thoughts as it always brings the needed calmness to the one’s mind.

Every question has an answer to it yet there are many questions in our life which are better to be left unanswered. Click to Tweet

Without a will to know about the reality of the life, one is destined to live in the state of darkness which is always monotonous and full of ignorance. On the other side, it can also be argued in the favor of the above mentioned statement, that it actually is what we call as acceptance towards the reality and life. Of course it can be considered as acceptance towards the very nature of suffering, but what benefit does it bring in an individual’s life except hidden frustrations. Hence, such an idea of acceptance is both useless as well as an act of absolute cowardice. 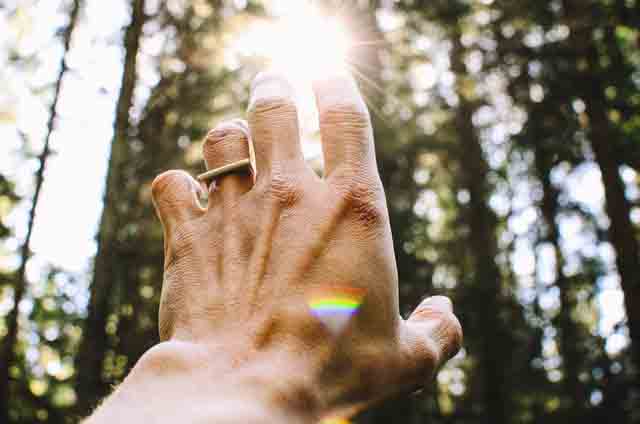 Spiritually developed people often possess a sensitive mind. It can be also said that they are able to witness the happenings in the existence which are otherwise unseen to a common man. This sensitivity can easily bring a toll on the mind of an individual, who doesn’t know how to tackle with these issues. However, they need to find out the way which can bring ease to their minds instead running over the course of spirituality to escape the pain in their lives.

Spirituality is not a method to escape the reality in which we are living. Instead, it provides an individual to come up with the terms of reality and learn to think beyond the difficulties, one is facing through.

Suffering and spirituality are interconnected with each other. It can also be said that both of these terms rely heavily on each other, so that an individual is able to find the right path in his life, which is both fruitful and peaceful at the same time. It enables a person to develop a perspective which stays universal in all the situation of life. That is the essence of spirituality. It is universal in nature. It is beyond form and name. It is beyond any idea. It stays the same irrespective of the situation we face in our lives. Go on and grow the idea of spirituality inside the mind while developing a sense of acceptance in our life.